What Is Isinglass And Why Is It In My Non-Alcoholic Drink? 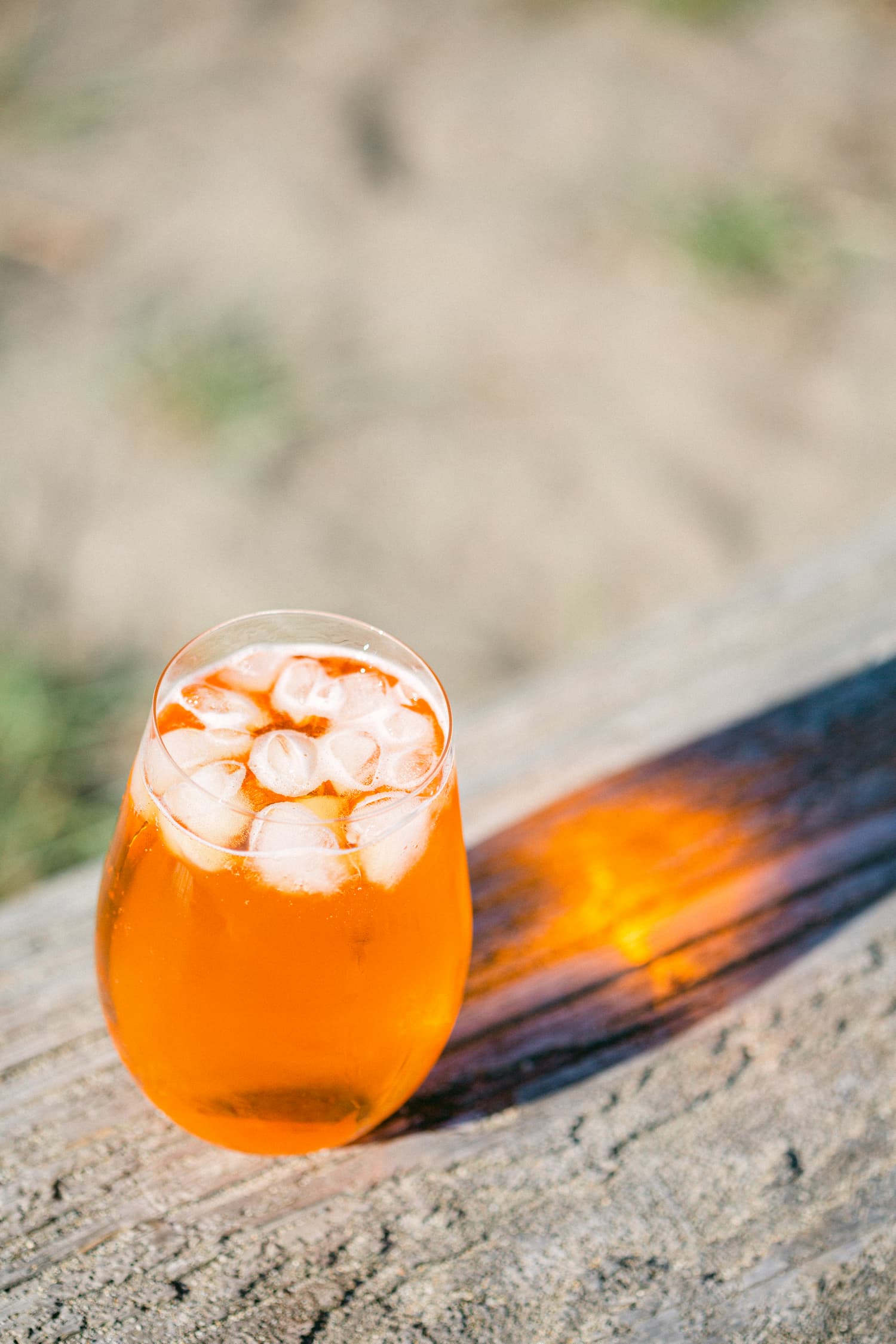 Even though there’s no list of ingredients on the side of your glass, if you go into a bar and order a drink you’d be pretty sure you’d know what you're getting right?

If it’s a beer - there’s probably yeast, malt, hops and water in it. A glass of wine and you know there’s got to be grapes in there somewhere? Even for most cocktails, you probably have a pretty good idea of what you’re getting?

So what about fish guts, animal bones, or egg whites? How many of you would expect to find those in your drink?

Plant-based diets may have started out on the fringes, but these days veganism has well and truly entered the mainstream.

In the US alone there are now more than 9.7 million vegans. That’s a 3000% increase since 2004, and the trend shows no sign of slowing anytime soon. But while plant-based alternatives and labeling have become a common sight in supermarkets and restaurants, the alcohol industry still lags behind.

That leads many people to the same thing: is alcohol vegan?

It’s a simple enough question, but the answer is more complex than you may have thought. You see, while many products are actually vegan, far from all of the drinks you may enjoy are actually free of animal products.

And even if your favourite drink doesn’t include an animal-derived ingredients like honey or cream - that doesn’t necessarily mean it’s vegan. That’s because the manufacturer of your favourite tipple might be using filters made out of animal products like gelatine, crab shells and even fish bladders to filter out impurities from your drink before it enters the glass, can or bottle.

Yes you read that right…fish bladders.

Isinglass is a type of fining, or a group of substances that are used by drinks manufacturers to filter their products to make them clearer.

Though drinks have been consumed for thousands of years, finings only started to gain popularity in the 19th Century when transparent glasses became the vessel of choice for drinkers. People didn’t like to look into their glass and see a cloudy, chalky product - who would? - so manufacturers had to filter their products using fining agents to capture and remove these impurities.

Alongside things like gelatine - which is made using animal skin and bones, one of the most commonly used filtration products is called isinglass. What is isinglass you say? Well, to put it simply, isinglass is made using dried fish bladders - typically from species like sturgeon and cod.

These fish bladders are removed, dried and then formed into odourless mesh-like shapes that are then used to filter things like wine, beer and even their alcohol-free alternatives.

How can I tell if my favourite drinks are vegan?

So how can you tell if what you’re drinking is vegan or not?

Websites like www.barnivore.com are a great resource where vegans from around the world come together to share information on what ingredients might be in your favourite drink, other than alcohol.

Thankfully more and more producers are also replacing isinglass with vegan alternatives made from things like moss and seaweed. They’re also proudly displaying their vegan or vegetarian status on their cans and bottles to help inform the growing number of plant-based drinkers

Ingredients you can actually pronounce

OPUS mission is to create a safe and sustainable environment for both alcohol drinkers and non drinkers to be able to have the exact same premium cocktails experience and was created with a passion for creativity and obsession for the perfect cocktail experience... with none of the prep work.

Our quality, hand-crafted recipes are carefully made to the highest possible standards. And we only ever use vegan-friendly ingredients that you can actually pronounce. That means no egg white, no gelatine and definitely no fish guts.

So when you choose to enjoy our non-alcoholic products, vegans can rest safe in the knowledge that we’ve got you covered, no matter what the occasion. Shop our vegan drinks now!

OPUS is the alcohol free sponsor of The Cup

OPUS is a Silver Sponsor of Planted Expo

OPUS is an in-kind sponsor for TED talks

OPUS is a Launch Pad Finalist

A Cocktail That Plants Trees

OPUS is Going Dry in February

We're currently securing all of our stockists. Don't want to miss anything? Sign up below and we will alert you once we're ready.

Thank you for your interest, we will keep you up to date with anything important.
Oh no! Something went wrong while submitting the form, try again.

OPUS is the alcohol free sponsor of The Cup

We'd love to hear from you

Reach out to us via our contact page for partnerships, stockist information, or just to say hi.

Never miss a flavour, event or new stockist added near you by joining our community.

Thank you! Your submission has been received!
Oops! Something went wrong while submitting the form.

Find an Opus stockist near you

Find Opus Near You
No items found.